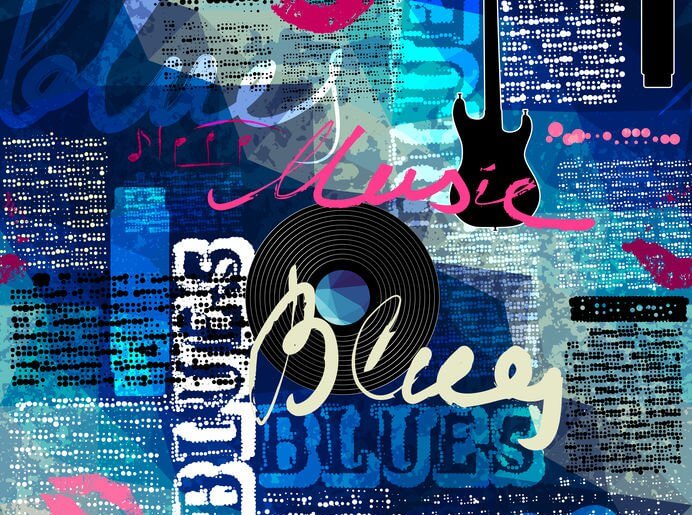 A great sounding simple-to-play set of chords can be created when you choose every other note for chord construction from the minor blues scale.

If you’re in a hurry, next are some chords derived from the A minor blues scale.  These are different to the normal chords  used, for some additional spice.  The concept, and explanation follows.  Try putting some riffs together, mixed with these chords.  You can get some very cool sounds happening.

(For those of you who use emuso/Studio to read our blogs, I will be adding interactive content to the end of this blog a bit later this week.  These interactions won’t work if you read the blog in your browser)

The numbers used for labelling the various chord notes are explained below (basically these identify different members of the minor blues scales.  The label 0 (zero) identifies the scale start note, A, in various octaves).

The white circle labelled zero is not to be played (it just shows where the scale start note, A) 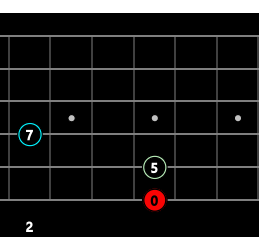 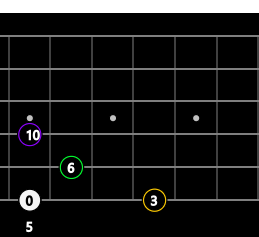 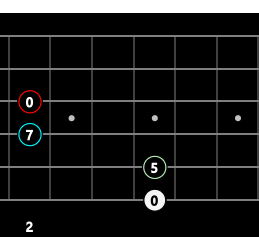 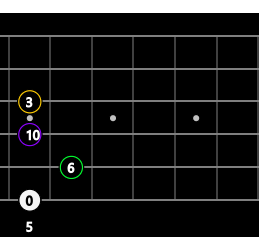 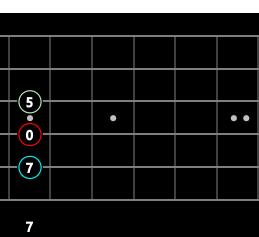 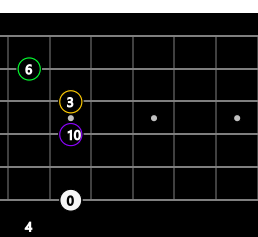 Western music (outside of Jazz) mainly builds chords from a scale by using what I informally call the “Choose-skip” rule.  The concept is simple, choose any scale note, skip the next scale note, choose the next scale note, skip tne next, and repeat as many times as you want to get a chord with three to seven notes.  When applied to the scales used as the basis of Western music (major, natural minor, harmonic minor, melodic minor),  this is known formally as “building chords in thirds” simply because there are always 3 or 4 semitones between every other note in these scales.  You’ll also hear the term “tertian harmony” meaning chords built in thirds.

The challenge of course, as usual, is moving from concept (required notes for the sound of the chord) to creating combinations of these on-intrument.  The same note can appear more than once in different octaves, and the chord root does not have to be in the bass always (in which case, we say the chord has been inverted).

The minor blues scale members are located at 0, 3, 5, 6, 7, and 10 semitones above the scale start note, whatever that is.  By implication all octaves of each of these located notes are scale members as well.

Along the E string, and using the open E as my scale start choice, you get this (click on the image to enlarge):

Chords built using every other note

I’m just going to show you this with three-note  chords.   First, what semitones need to be present.  The chord shapes are shown above.

Now lets have a look at the A minor blues scale in a couple of regions.  I’ve glued together region 5 on the left, and region 1 on the right.  Fret 5 marks the left hand side of region 1, and the right hand side or region 5.  Notice the labelling falls in the range 0 to 10, regardless of octave … in general we’re not too worried about which octave is involved, just that the right notes are involved (remember, the scale implies all octaves of its members).

If you now look back at the chord shapes, the labelling should hopefully make sense.

I shall shortly be adding interactive examples that can be used when reading the blog from with emuso, so you can experiment further with chords, try different voicings, progressions and so on.