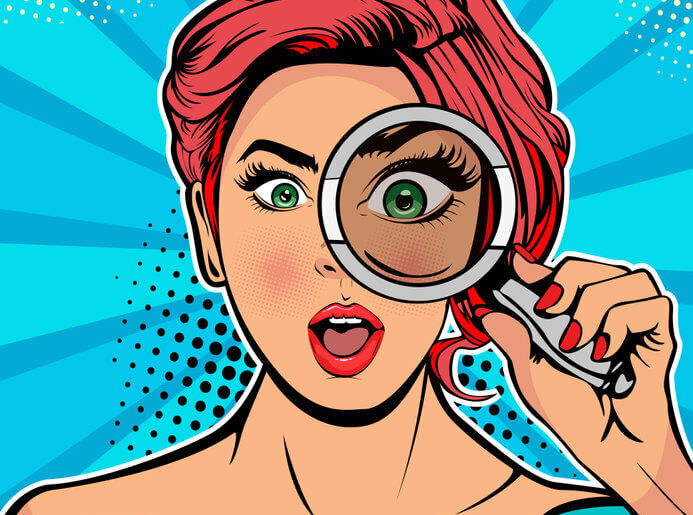 Last time, we looked at effective learning with directed practice and recall.

Remember, this is not a lesson.  It’s giving you some background to relate back to later in lessons.

Now we must briefly explore how musical sounds are created by various instruments. This is because music is made up of sounds and silence, occurring over time. Fundamental to all music are the concepts of pitch, timbre, octave, and semitones, which we take a high-level look at here. When pitches are combined (played at the same time) the sound flavour we hear depends mostly on how many semitones apart these pitches are, which means if someone plays a chord on guitar, say, and then shifts that exact shape along the neck, we recognise these two sounds as the same sound flavour. As a result, this means we can discuss music theory in terms of the semitones between the pitches, rather than note names, and hence we can massively reduce how much needs to be remembered and recalled. Let’s get going.

When a tuning fork is struck, it vibrates  backwards and forwards some number of times a second, known as the fundamental frequency).  You’ll often see “440 Hz” on electronic tuners.  Hz (Hertz) means “vibrations per second”.  We tune the sound produced at the 5th fret of the skinniest string until the tuner shows 440 Hz.

Vibrations pass through the air, and arrive at our ears, which respond.  Our brain converts the vibrations into the sound we hear.  Our perception of a vibration of one frequency is known as pitch.  Unlike the tuning fork, when a single string on a guitar is plucked, it additionally creates many related frequencies.

Instrument construction affects the mix we hear . We perceive the pitch of the fundamental frequency, and we perceive the other frequencies in the mix as the timbre of the instrument.  We can tell the resulting sound has been produced by a classical guitar with nylon strings, or by an acoustic guitar with steel strings, or by a heavily distorted electric guitar. We might hear a “pitch of 110 Hz from nylon guitar” or “110 Hz from a male singer”.

We informally call this sound a pitch or a note or a tone. Similarly, other instruments (piano, synth, violin, brass, wind and so on) create vibrations in various ways, whose timbre we can recognise.

Music theory doesn’t talk about Hz pr pitches.  Instead it uses the letters A to G, possibly with a symbol following the letter, to name notes.  Germany also uses the letter H.  You’ll learn these names, but they are not as important as most people tell you, when playing.

Later, you’ll also learn that all pitches that are two or more octaves apart are named the same, like all the C’s or all the D’s a guitar can produce.

The next image shows some frets on the fretboard of a guitar, and shows an arbitrary pattern using coloured circles, indicating a shape to use to create the sound of some chord. You will encounter many such shapes, though not usually drawn on such a realistic image (see below). 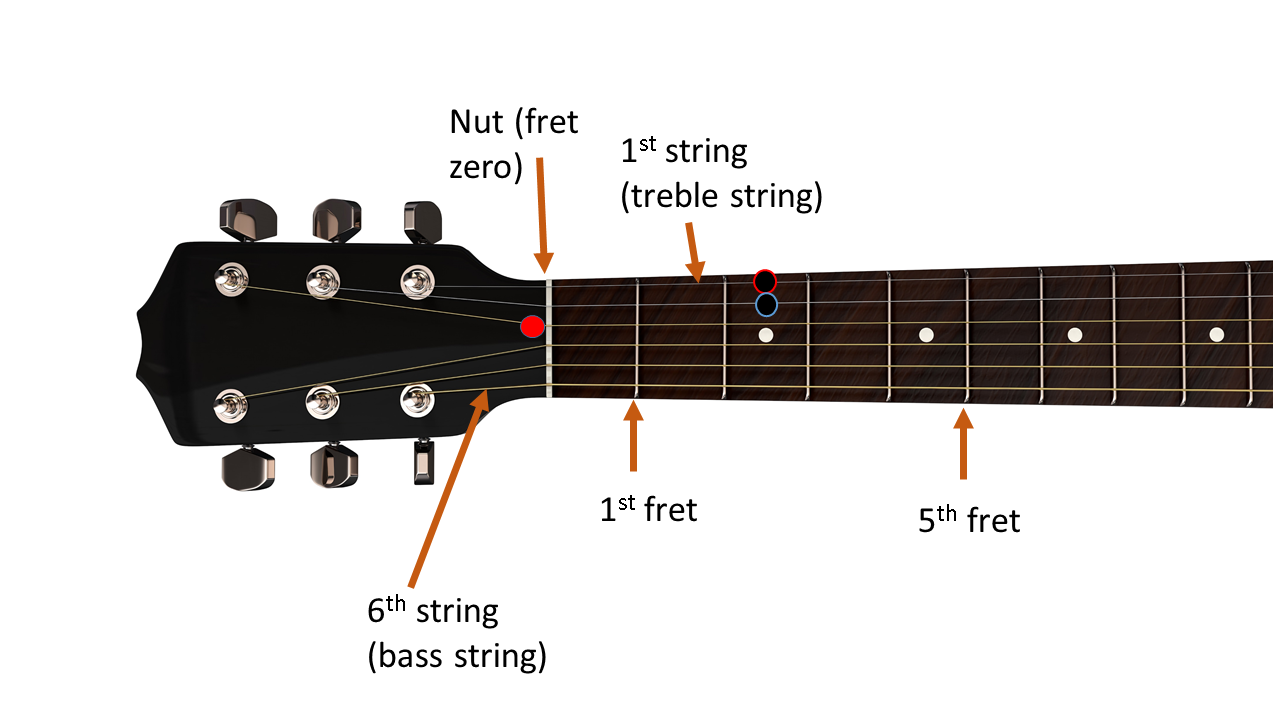 International standards pick out twelve pitches within an octave (for example. within 110 Hz, but less than 220 Hz).

A semitone is a magic number, 1.059 (roughly) for spreading out the frequencies of these twelve pitches within an octave.  Guitar manufacturers make use of this to position the frets.

Here are visual representations on emuso, using coloured circles labelled 0 to 11 of the above, arbitrarily using the second string. It all repeats from the 12th and 15th frets respectively, where the next octave begins.

We can also create the same interval using more than one string. The shape depends on the guitar tuning. Here are examples of 3 and 4 semitones. You’d learn about this when you begin to learn intervals. 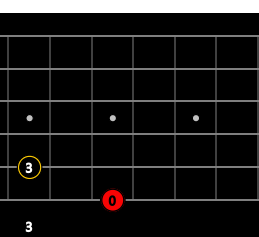 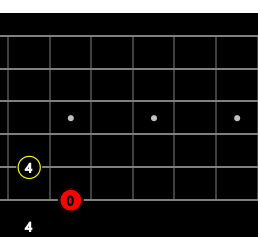 Music theory assigns names to different sized intervals, such as major third for 4 semitones, and minor 3rd for 3 semitones. You will need to learn these later.  There are only a handful.

Intervals with different semitone distances have their own unique sound flavour. This is crucial … an interval of 3 semitones say sounds completely different to an interval of 4 semitones. We can relate visual shapes to intervals, whose names we learn, and with ear training practice, to the sound of each. Intervals are the underpinning of all musical sounds.

Traditional music theory discusses different concepts using a set of pitches. In reality, each pitch makes an interval made with one important pitch. We are just singling out pitches relative to this , as we saw above (look back at the guitar images). When we come to create the set of pitches on-instument, we choose the start pitch, which then is used to locate all the others relative to it. On guitar, there are many ways to locate these, which we will look at later (not in this overview series). But regardless of what shape is used, if we want to use a different start note, we can just shift that shape. We’ll look at the details when you learn about the guitar fretboard (not in this overview series).

For now, realise this means you have far less to learn using semitones compared to learning based on pitch names. This can literally reduce the learning effort by a 100 times or more. With pitch names, there is signifcant danger of overloading the brain, seriously impeding learning progress.

Informally, we think of the sound created by an instrument as having a pitch of some fundamental frequency (e.g. 110 Hz), with a mix of other frequencies that create the sound that lets us distinguish one type of instrument from another (timbre). We’ve learned about the octave, where the frequency of one sound is double the other. We’ve learned about the semitone, internationally standardised where two frequencies are a semitone apart if one of these is 1.059 times the frequency of the other. This results in twelve different pitches being singled out in an octave, at semitone 0 to 11 above the start frequency of the octave. We’ve learned about the interval, that intervals of different semitones have unique sound flavours, that are recognisable regardless which pitches are involved in the interval, and that these are the foundations of musical sounds like chords and scales. We’ve learned that semitone intervals, in the range 0 – 11, can be used to describe musical concepts, rather than pitch names, thereby reducing the learning effort.

Next time, we’ll take a high-level look at rhythm, melody, and phrasing.