The Magic of Combinations of Three and Four Semitone Intervals 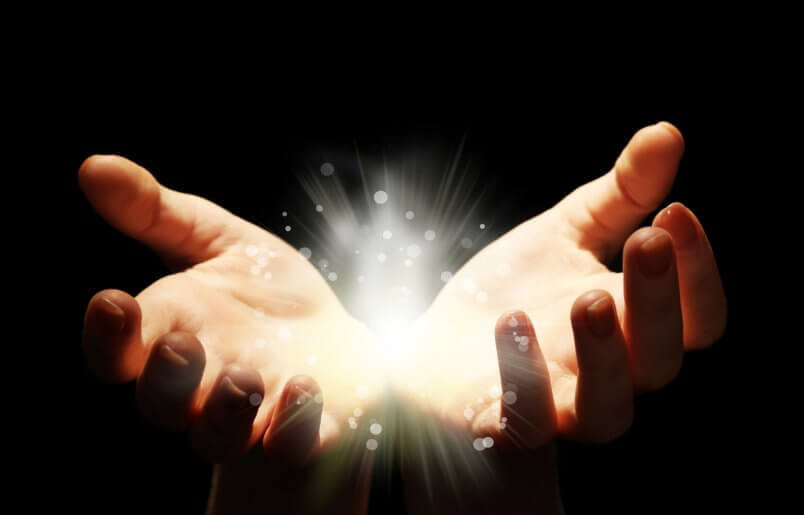 In this lesson, you’ll get to explore the wonderful world of sounds produced by combinations of intervals of 3 and 4 semitones, the backbone of so much music.  You’ll also learn the usual names we give these intervals, and the names for the combinations.  By the end of this lesson, you will know about, and how to create:

We’ll start with the major and minor 3rd intervals, and then we’ll look at stacking these on top of each other.

The major and minor 3rd intervals

These guys are at the heart of zillions of chords.  Remember, I’m talking about music here, not specifically about one instrument.  Both these intervals sound great by themselves.  But when we combine them (later in this lesson),  they really shine.

Let’s have a listen first.  You’ve already encountered the interval of 4 semitones in lesson 2.  Musicians call this interval a major 3rd.   A close relative to the major 3rd is the minor 3rd.  This is the musicians’ name for an interval of 3 semitones.

Play this harmonically first (emuso “Play selected style” widget).  Drag it around by the red pitch (left mouse button, hold down and drag), the anchor, and listen each time.  Be crystal clear that by doing this, the interval is not being changed.  Not one iota.  No matter where you drag, the other pitch follows at a distance of 4 semitones.  As long as the number of semitones remains the same, we have the same interval.  We’re just locating it at different places on the piano.  The actual pitches involved change, as you move, but the gap between them, the relationship between them, being 4 semitones apart, is unaffected.

Use the left mouse button to drag the higher sounding pitch left by one piano key on.  This pitch now forms an interval of 3 semitones, a minor 3rd, with the red pitch.  Listen closely.  Drag it back to where it was. Listen again.  These are two very different sound flavours.

This difference of one semitone makes a dramatic difference in the sound flavour.  It is so influential on the sound, that is divides Western music into two basic camps: major and minor.  If the scale used for the sound palette contains a pitch a minor 3rd above the scale start pitch (the tonic), we are creating music in the minor camp, or minor system.  If the scale instead has the major 3rd above the tonic, we are in the major camp, or major system.

Now let’s have a look at the major 3rd on guitar. Again, left-drag or CTL-left-click around to move this. This example starts with the anchor on the 6th string, at the 5th fret. Try CTL-left-clicking at the same fret on the 5th string, then 4th string, then back to the 6th string. That sounds pretty cool. The shape only changes when the anchor is on the 3rd string, due to the tuning of the guitar. Also try dragging the shape along the same string … it doesn’t change.

Try this test on major and minor 3rds.  You’ll be asked to either add a pitch to make the interval, or to select a couple of pitches (an interval) from a shape.  If you need to, remind yourself how to use the Lesson Controls (see working with emuso lessons).  Remember that you can change the labelling on the pitches and on the interval strip, to show semitones, if you need a reminder.  Just ensure the mouse is in the virtual instrument window, and repeatedly press the letter “i” until the interval strip shows the numbers 0 to 11.

Musicians generically use the term “third” to mean either a major or minor 3rd.

A very common, very musical concept, involves “stacking” thirds to create chords.  I’ll explain this first, then you can try it in emuso.  When we stack two intervals, the upper pitch of the lower interval is then used to locate the lower pitch of the next interval we want to stack.  For example, on the piano below, we have a major 3rd formed by the anchor and its upper pitch coloured yellow and labelled “3”, from where we have a minor 3rd stacked on it.  So, the upper pitch of this upper interval is three semitones above that yellow pitch, and in total it is seven semitones above the anchor. There is such a thing as an interval of zero semitones … for example when two singers sing the same pitch in unison.  On-instrument, emuso labels a pitch coincident with the anchor pitch with the label ‘1’ (one).   Emuso always shows intervals with labels measured from the root, the anchor.

This additional interval of seven semitones is known as a perfect fifth, or fifth for short.

Notice the information showing on the clock.  Can you see the times 0AM, 4AM and 7AM are occupied with coloured circles, and these colours match the interval colours showing on the interval strip and on the pitches on the piano?  The clock lets us show intervals formed with the anchor, with no concern for actual pitches involved, or octaves thereof.  In a later lesson, you’ll literally see how the clock can be used to find shapes within shapes (such as chords within a scale) thus demonstrating how chords are related to scales.

Try this next example.  CTL-left-click to move the white circle wherever you want (this is an “empty” anchor).  Now left-click (omit the CTL key) on it and it turns red … you have just created a pitch coincident with the anchor.  Next left-click four piano keys (a major 3rd)  to the right.  And a further 3 piano keys to the right of that (a minor 3rd from there). Notice what is happening on the interval strip below the piano.  As you move the mouse, the interval that piano key makes with the anchor is indicated by a button swelling up on the strip.

You should end up with a similar image to the piano below.  DRAG the stack around by dragging the anchor (left mouse button, press and hold and move), and listen harmonically each time.

Above we stacked a minor 3rd on top of a major 3rd.  That combination is known as a major triad.  The pitch letter corresponding to the anchor is used to name the triad, such as C major, or G major.  When written down, you’d just see “C” or “G”.  When spoken, you may be asked to play a C or a G chord.  The major triad is incredibly common.  If someone plays a major triad, you can be safe in playing any of its intervals as a melody note.  The major 3rd interval (4 semitones from the root) brings out the flavour … it’s a good melody note to use, to hold for a reasonable duration.

This combination is known as a minor triad, or minor for short.  Again the pitch letter corresponding to the anchor is used to name the triad, but this time, when written, we follow the letter by one of the following:  ‘m’, ‘min’ or ‘-‘  (yup, thanks for not just sticking with one choice!).  So you may see C- or Gm or Gmin.  When spoken, you’ll be asked to play a “G minor”.

Together the major and minor triads appear in colossal numbers of tunes.

For a pattern of intervals to conform to a major triad, there must be present at least one major 3rd and one perfect 5th from the anchor.  There can be more (in different octaves).  In fact, you can choose to play something where the bass note isn’t the anchor.

Check out this example of a triad using all six strings.

Right click on the pitches on the 3rd, 2nd and 1st strings, to select these.  Then press the keyboard key labelled with a full-stop (“.”) or the key labelled with a comma (“,”).  This is still a major triad but in a different order.  Left click somewhere slightly below the instrument to de-select these pitches.  Experiment dragging different pitches (other than the anchor), one at a time.  Chances are you’ll hear something you like.  Try flipping between piano and guitar (use the ‘p’ and ‘g’ computer keyboard letters).   If you look at the labelling on the pitches, you’ll notice the labels and colours still represent the anchor and octave of it (all labelled “1), and the major 3rds and their octaves, and the perfect 5ths and their octaves.

We’re nearly finished.  There are two other possible stacks of thirds, but the resulting triads are very uncommonly used.

The diminished triad and the augmented triad

If we stack two minor 3rds, we get an additional interval of 6 semitones from the bottom pitch to the top pitch.  Musically this interval is called a diminished fifth aka a flattened fifth (written as b5). This is a pretty unstable sound in its own right, let alone when it appears in this stack.  This overall combination is musically called a diminished triad.  A piece of music would sound rubbish if it ended on a diminished triad … it is too unstable, and we emotionally do not accept this sound as a resting place or a finishing sound for a tune.  In fact, this triad is incredibly rare.

Finally, if we stack two major 3rds, we get an additional interval of 8 semitones from the bottom pitch to the top pitch.  Musically this interval is called an augmented fifth aka a sharpened fifth (written as #5).  This interval actually sounds pretty cool in isolation, but in this stack, the overall effect is one of instability and again we emotionally do not accept this sound as a resting place or a finishing sound for a tune.  However, it does crop up, and when it does, it is often followed by a major triad whose root is 7 semitones below one of the pitches in the augmented triad.  In this sense,  the augmented triad generates a need to hear this follow up triad.

Here is the diminished triad.

And here is the augmented triad.

So, you’ve learned the names of various intervals, and the semitones they represent.  The most important ones, endemic in Western music,  are:

We’ve also seen how stacks can be made using a mixture of major 3rds and minor 3rds.  The most important resulting triads are:

In the next lesson, you’ll learn some triad shapes, just using three strings, as these are easy to play, they sound great, and they are mega-useful musically.  We’ll also take a look triad shapes involving all six strings.