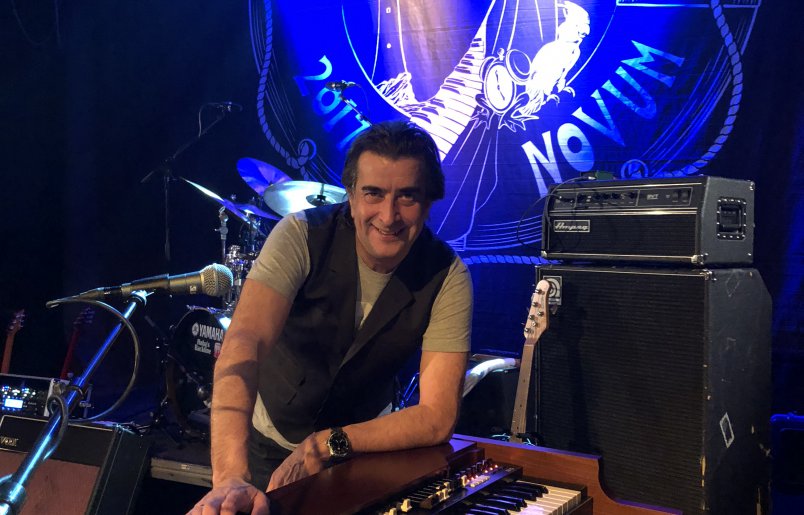 As Musical Director for the Prostate Cancer UK Rock N Horsepower concerts with KENNEY JONES, this recently saw Josh leading the band with guests such as JEFF BECK, THE WHO, MIKE RUTHERFORD, MICK HUCKNALL and many more.

Over the years Josh has played many huge concerts including the last FACES gig with RONNIE WOOD, ROD STEWART and KENNY JONES.  Last year he played with Rod Stewart and Ronnie Wood and recorded a charity single with KT TUNSTALL.

He has also many other bands to his credit over the years, including Scottish Rockers BIG COUNTRY, and was long time keys player for MIDGE URE, another Scott.

For more background on who Josh has written for and with, and who he’s played with, check this out

I first saw emuso, in its early development, I watched a video of a guitarist, what she played was replicated on a virtual guitar, I knew that the idea was unique and a game changer. One press on the computer keyboard, her playing appeared on a virtual keyboard. If the video was paused, whatever was on the virtual instrument could be saved off, or edited.

Emuso has developed in leaps and bounds since then. If you want to learn a song note-for-note, emuso is NOT for you.  If you want to understand why those notes were chosen, then emuso IS the answer. It’s great for exploring musical concepts interactively, and developing your time-keeping and understanding of rhythm.