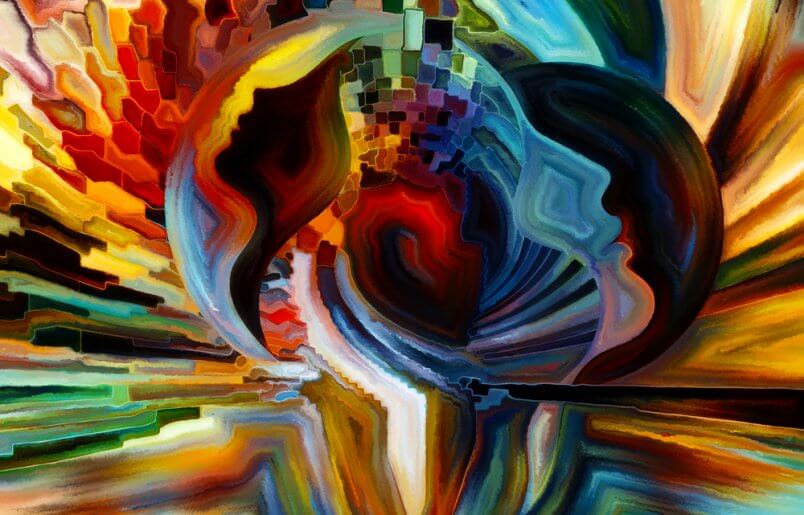 When you choose a scale, you are choosing a set of intervals to use to select notes at these intervals from your chosen start note for the scale, known as the scale tonic.

These notes, in all possible octaves, are available for your sound palette, to artistically paint your tune with. When painted appropriately, by bringing different levels of attention to different notes, the listener will latch on to the sound flavour you wish to create (such as a tune based on the major or blues scale). However, changing which of these exact same notes are made to stand out to the listener, a range of different sound flavours are possible to establish. Hence the image of the chameleon above.  If these notes are just jumbled up randomly, the sound flavour is detroyed. This is explored in this lesson.  Examples are shown, using virtual instruments.

Pre-requisites: a knowledge of intervals, and especially the octave.  Knowing where to find notes on the instrument is not needed.

Ther first thing to learn is how to emphasise a note, so the listener’s attention is drawn to to it, usually with the intention of building expectations emotionally, and then playing something to satisfy those expectations, or not (heightening expectations even more).

A pattern of notes of itself provides a sound palette to work with, a selection of notes to choose from.  Nothing more, nothing less.

The magic happens depending which of these notes get emphasised, made to stand out to the listener.  There are various ways you can do this, including

If you play a note that clashes with whatever else is being played at that time by other instruments, this may draw attention to that note, depending which of the above also apply.  However, if that clashing note is followed by a non-clashing note, and especially where that note has more attention drawn to it, then it doesn’t register psychologically.

If you want your music to connect with your listeners, then it helps to appreciate a little about the workings of the brain, as discovered over several decades of research by music psychologists.

A human brain economises what it pays attention to, given it has plenty of other functions it has to perform, like controlling body movement, handling breathing, heart rate and so on, as well as interpeting what’s coming in via the ears, eyes, smell, touch and taste.  The conscious mind deals with short-term memory and primarily responds to changes in these sensory inputs, while the subconscious mind handles the nuances of what’s present in these inputs, searching for how these relate, if at all,  to previous experiences, and suitable responses.  The conscious mind is effectively the data entry mechanism, building a few chunks of information to be processed by the main computer, subconscious mind.  This is significant in various ways:  random stuff gets filtered out, never making it into the subconscious.  Music with structure in it is vital, put together to create sound flavours as needed for the brain to remember and recognise these.  Once a rhythm is established, we feel it for awhile, even when the notes stop.  But if the beat is too slow, the brain struggles to keep its internal beat, and if the beat is too fast, the brain can’t distinguish the precise time layout of the shorter durations of notes involved.   The subconscious loves organising things into patterns for later retrieval, including patterns learned for controlling muscles to position joints through your body as needed to play music.

It is critical to appreciate this. Music is normally made up of phrases.  A phrase normally lasts one to a few bars at most.  The phrase is preceded by silence, and followed by silence.  You’ll learn about phrases, and their importance as part of establishing musical structure  in tunes, in another lesson.

Music sounds like it has mistakes when a clashing note is left hanging out there, at the beginning or end of a phrase.  The name of the game is to follow it by a nearby non-clashing note, either immediately or within couple of notes.  This has a very noticeable emotional effect on the listener (and the artist as well!!).  Music theory calls this “resolving” the clashing note