Our learning experiences with music … or rather, the pain we encountered … 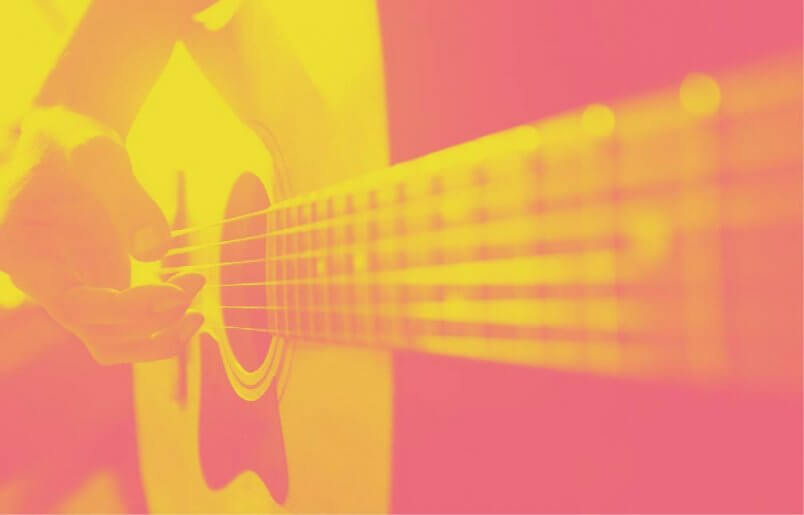 Hi, I’m Jerry Kramskoy. I founded MusicIncite, Ltd., in 2013.  I came up with the emuso™ concept a while back and have recently been able to bring it to life with the help of my buddies inside and outside of MusicIncite.

What you need to know about my background … I am an ex-pro guitarist, theory expert, and software expert.  I am friends with some of the top players and music teachers in the UK and have been able to work, write, record with, and learn from them. Music is and always has been a huge part of my life. Styles of music I enjoy playing range from Metal to Jazz.  I had virtuoso technique up until serious hand injuries.  Now recovering, emuso is a big part of helping me rebuild my mechanical technique; I use it to create demanding practice sessions.  I also use emuso for rhythmic exploration … there are so many ideas for tunes, licks, and so on, that can be triggered by rhythm, phrasing, and structure in time.  It fascinates me.

My main man in helping shape emuso is my dear friend, Chris Larn.  He’s a multi-instrumentalist, expert in UI, and has designed commercial flight simulators. Chris immerses himself in music, gigging, and jamming with every chance he gets.  He’ll tell you his story on the grief he’s had learning music in the past below.  Please feel free to add your own story by commenting.

At age 10, my initial experience with a guitar teacher was deadly dull and unmusical.  He tried to force me to read music on the first lesson,  “every good boy deserves fun”.  Sadly, that irony was lost on him.  A few lessons later, he had an epileptic fit.  That wasn’t dull but I never saw him again.   Moving along to my early twenties, I was a pretty good guitarist and intensely curious musically.  I tried teaching myself theory from an old book on harmony by Walter Piston.  As I couldn’t sight read, 5 seconds of music notation written for piano could take me 15 minutes to decode if the rhythm was complicated. Without hearing the examples properly, I resorted to the words. The jargon!

Guess what happened next …  I gave up.  I knew so many musicians in the same boat.

Eventually, I came back to theory in my early thirties after being severely embarrassed in a couple of musical situations.  I wasn’t having that again… ever.  Fortunately, I met an amazing player and teacher, Shaun Baxter, who opened my mind and ears to a world of new sounds and ideas.  I realized that theory is something that anyone can learn quickly.  The principles are simple … it’s the ability to take these tools taught by theory and use them musically in your genre(s) that takes the time … working these in with your mechanical skills and developing rhythmic phrasing to go with it.

Hi, Chris Larn here.  I was lucky enough to hear the guitar played ‘properly’ by a friend of my father’s when I was about 5 years old.  He played flamenco, bluegrass, and ragtime jazz. It was love at first sight/sound. I begged for an instrument of my own and finally, on my tenth birthday, I received a Spanish guitar. It came with a songbook containing a set of utterly unattractive (to me) songs such as “Kempton Racetrack” and “Little Brown Jug”. I was able to get a hold of the chords D7, Am, E, etc. from that book but without lessons, it was hard to make sense of.

Music at school had the same issue (as I saw it). While our music class allowed you to bring in your favorite albums to play for the class, nobody every attempted to teach us how to play those tunes we loved. We had to figure that out for ourselves with a record player and wearing holes in our records, trying to work out what they were playing.

Around that time I started singing in a youth-club band and practicing guitar every day for hours at a time. I got faster and started to sound (occasionally) like I knew what I was doing. But then a tune would come up and I would get embarrassed. It would be clear to anyone listening that I didn’t fully understand what I was doing. I tried learning scales, which improved things a little, but I could still get caught out, get embarrassed, and lose my way.

What was I aiming for? Well, I wanted to be able to sit in with a band and make a musical contribution – without necessarily ‘knowing’ the tune. I wanted to write my own music but the music notation put me off. The fact that the music we used to learn, read, and play was so dull and outdated didn’t help either.  Around 14 years old, Jimi Hendrix arrived on the scene. Famously self-taught, brilliant, and groundbreaking, the message was clear. I concluded that as far as music was concerned, I (like Jimi) was definitely too cool for school.

My musical life continued and my library of songbooks stopped growing when the Internet generated YouTube and other sites that provided ready access to tunes and chord charts. A few years back, Jerry and I started talking about putting some software together to save our younger selves the pain we had trying to learn to play. I have been semi-pro for several years now, had my own band, recorded, done sessions, and played bass in two bands as well.

Since getting involved with Jerry in the development of emuso, my playing has become more integral to the music I play. It has been easier for me to write, arrange, and move to another instrument. I am now recording solo music where I play all the instruments.

As the Emuso team, we believe musical communications occur when improvisation becomes second nature and composition is de-mystified, allowing free expression (in whatever musical format that might be).  Our business is to show the world a better way to learn and enjoy music.  Our mission is to give everyone a better-than-fighting chance of succeeding, to the level they want, without getting bogged down in the usual academic jargon and notation.  Everyone deserves a “voice” in the global conversation that is music!