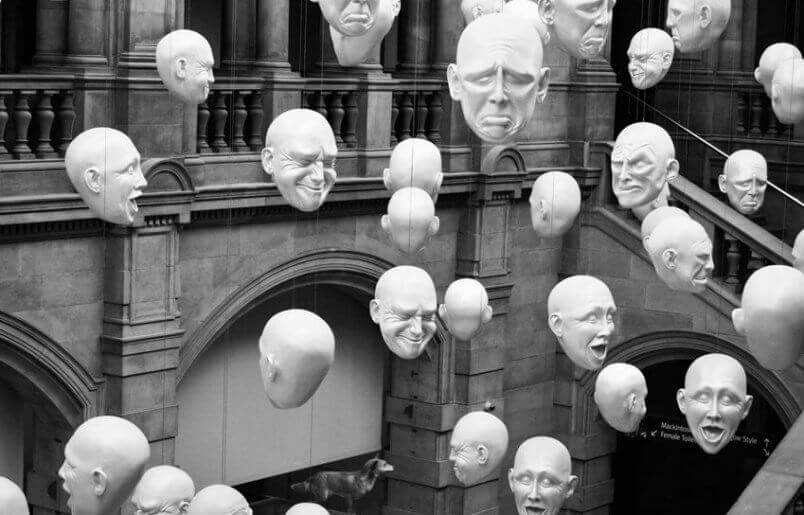 This article looks at the concept of using specific intervals to give a melody the sense that it weaves around one specific pitch … we call this “establishing a tonality.”

In the previous article , we discussed melodic outline, but didn’t discuss interval choice. This is what we’ll focus on today. In particular, we’ll look at a concept that underpins melody: tonality. I’ll avoid theoretical names for intervals (like b3, or #5 …) and just using how many semitones are involved, so we can literally count along frets (on the same string).

Example for This Lesson

Look at the pattern of coloured circles on this next diagram. The solid red circle, numbered zero, is placed at an arbitrary fret. The pattern shows it uses pitches that are two, three, four and ten semitones above the solid red circle (see how they are numbered to indicate this … check for yourself by counting the number of frets from the solid circle to these other circles). Look at the red-ringed circle, at the thirteenth fret. This is twelve semitones above the solid red circle, namely an octave above it, so it is coloured and numbered the same. The pattern then repeats from there. Try playing the coloured pitches in the first octave, a few times, and remember the sound (just play frets 1, 3, 4, 5 and 11 in that order).

Ok … but we’re not always playing the start pitch every time we play one of these pitches … we didn’t above! True, but let’s suppose we have some magic that allows us and our listeners to “hear,” or more accurately, “sense,” the sound of that start pitch at all times, even when it’s not being played. With such awareness, we then can recognise by ear the number of semitones from the start pitch to any of the others.

Now look at the next diagram.

What do you notice about this pattern compared to the one above? (Examine the semitones to each pitch from the solid red circle, and their numbering). Anyone that said “they’re identical” gets a gold star. If you didn’t spot this, not to worry. Just look closely at the numbers in the circles, remembering they represent the number of semitones from the red pitch to that circle. What’s happened is the whole pattern has been slid, unchanged, one semitone lower (one fret lower). Again, play the coloured pitches in the first octave a few times, and remember the sound (just play frets 0, 2, 3, 4 and 10 in that order, fret 0 is the open string). Then use the previous pattern again (that starts at the first fret), and ask yourself how this sounds in comparison. Go back and forwards between the two patterns (slide it up, slide it down and so on).

I hope you reach the conclusion that these sound the same, just one starts higher than the other. The reason is that the same pattern of intervals has been created relative to the “starting point.” If youchange that pattern (omit some of the intervals, or add in additional ones), you create a new sound flavour … you’ve changed the “sound palette” you’re working with. Does this make sense?

Why No Pitch Names?

If I’d used pitch names instead, then as soon as I change my starting point, all these names change! The first pattern’s pitches are F, G, G#, A, D#. The second pattern’s pitches are E, F#, G, G#, D. At first glance, it is not apparent at all that these are the same pattern, just shifted by a semitone. For me, this demonstrates that thinking by pitch names is a bad approach for initial learning. In fact, when I improvise, or write, I never think by pitch names, other than finding my “start point.”

I didn’t need any pitch names for the above, just a pattern of intervals from a start point that we slid around. This is why interval awareness, and visual shapes, are so useful on guitar … you’re massively reducing your mental effort. Much more importantly, with practise, we can recognise by ear the sound of each pitch in the pattern against the start point, even if the start point isn’t actually sounding at a given point in time.

It turns out that our palette should include a few specific intervals (discussed shortly) else the melody will struggle to connect with our listeners. By suitable placement of these specific intervals in the melodic outline of our phrase, the listener senses that the melody appears to weave around this starting point pitch. The remaining intervals in our palette are placed elsewhere in the melody to contribute additional flavour to the sound. If this is achieved, making the tonic stand out, with the overall sound flavour present in our palette, we say we have “established a tonality,” centred around the tonic. This placement is the “magic” I mentioned earlier.

Most often, our choice of intervals in our palette is a well-known scale such as a major, or Mixolydian or minor blues and so on. So, if our starting pitch is C, our melody would establish a tonality of C major, or C Mixolydian, or C minor blues, and so on.

How to Establish a Tonality

To really strongly establish a tonality, our palette should contain the tonic, and the interval of three or four semitones and the interval of seven semitones. These are the most important intervals to use. (These are the most stable intervals, hence excellent choices for long notes that don’t make the listener want to hear them be replaced (other than possible boredom on overuse!).

The remainder of the intervals in our palette form the next level of importance. These get used to “fill in” between the above intervals. For example, the major scale has the intervals (0, 2, 4, 5, 7, 9, 11) which repeat in the next octave, and so on. So, we have (2, 5, 9 and 11) in this group of secondary importance. These are unstable to varying degrees (9, 2, 5, 11 from least to most unstable). As they’re unstable, they create a sense that they need to be followed by a less unstable interval (which obviously includes those in the most important group. If we’re descending from the octave of the tonic, we often just play 11 and 9 on the way to 7 (one of our most important intervals). Similarly, 2 often fills in between the tonic (0) and 4, in either direction. Likewise, 5 often fills in between 4 and 7, in either direction.

The least important are whatever’s left over (remember, there are twelve semitones in the octave, so with a seven note scale, there are five intervals left over). Of course, if you used this last group a lot, then they are now elevating in importance because they’re being heard a lot, and in effect, you are changing your sound palette.

Let’s use the pattern we started the lesson with, starting of the open string (E) and try and establish E as the tonal centre using this particular sound palette. This pattern is not the best of choices because it doesn’t contain the interval of seven semitones. The fact our palette includes both 3 and 4 semitones gives us a nice ambiguous flavour, and these are stressed by where they occur (on strong beat, and held). I’m using 2 strings to make this easier to play. 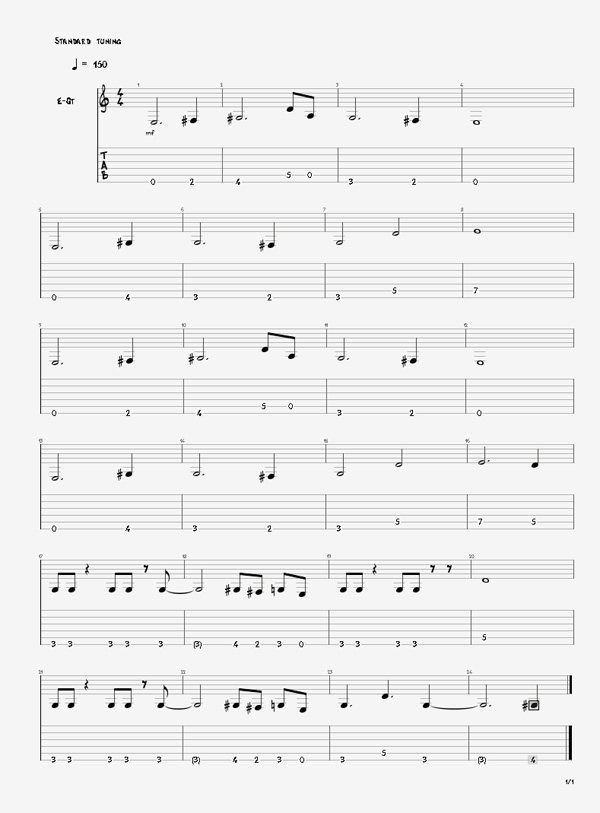 After sixteen bars, the melody shifts the attention to G as the tonal centre, but without changing any pitches. So the emphasis has to change to bring out the G (3rd fret). This ideally requires pitches that are 3, 4 and 7 semitones above that 3rd fret. All we have here is a pitch 7 semitones above, so we use that. This pitch (D, played at the 5th fret on the A string) is followed by the G (3rd fret on the E string). Notice how often the G and D get used. Its presence allows that tonality to be successfully established. The end of the melody is 4 semitones above open E, bringing us back to the E tonality.

Good luck, hope you enjoyed this lesson and can start applying it with some cool phrases of your choice. See you next time.